To have the optimal experience while using this site, you will need to update your browser. You may want to try one of the following alternatives:

Urban Legend or Not? Can Lightning Strike in the Same Place Twice? 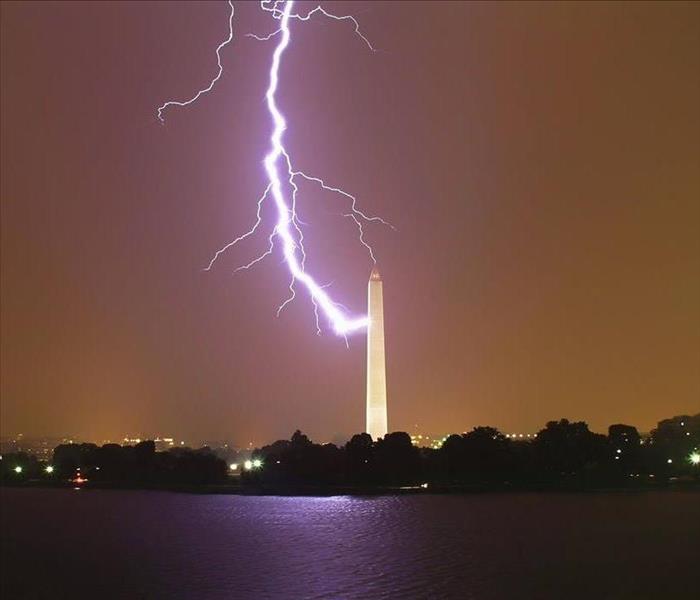 During the same thunderstorm, there is nothing stopping a lightning bolt from striking the same place it had struck previously

If you’ve ever tried to give advice to a friend that you wanted to reassure that something bad won’t happen to them again…I’m sure you’ve uttered the phrase: lightning never strikes the same place twice. But does it? What are the odds that lightning can hit the same structure, or area, or even person? SERVPRO of Southern Trumbull County has dappled into this old Urban Legend to find any factuality.

According to Britannica, lightning can and will strike the same place twice, whether it be during the same storm or even centuries later.  “When we see a lightning strike, we are witnessing the discharge of electricity that has built up in a cloud, which is so strong that it breaks through the ionized air. This creates a stepped leader, or the lightning bolt, that travels downward until it reaches the ground. It is an incredibly quick process that takes only about 30 milliseconds. And right after lightning strikes, it reverberates in quick succession. So, essentially, multiple strikes can happen at the same place in this short period of time. Technically, the lightning is already striking more than once. Even during the same thunderstorm, there is nothing stopping a lightning bolt from striking the same place it had struck previously, even if it was as little as a few seconds earlier or as much as centuries later.”

Or just research Roy Cleveland Sullivan (February 7, 1912 – September 28, 1983). He was a United States park ranger in Shenandoah National Park in Virginia...Sullivan is recognized by Guinness World Records as the person struck by lightning 7 times! This is more recorded times than any other human being. And guess what?! It was not even the lightning that took his life in the end. He survived all 7 charges!

In the U.S. alone there is an average of 20 million cloud to ground lightning strikes per year. If anything, it seems it makes it even more likely that places can get struck more than once. High-rise buildings such as the Empire State Building in New York City even have built-in lightning rods in them because they get struck nearly every time!

Wow! Lightning can be scary. Good thing SERVPRO of Southern Trumbull County has you covered in the case of damage from a lightning storm. We may have not figured out (just yet) how to stop lightning from hitting your home or business---but we’re here 24/7 in the case you need us. Our franchise at SERVPRO of Southern Trumbull County is one of distinction. We are unlike any other restoration company in the area in that we are a Large Loss provider. Should you need us for any storm damage call 330.392.6355.